The Map is not the Territory! 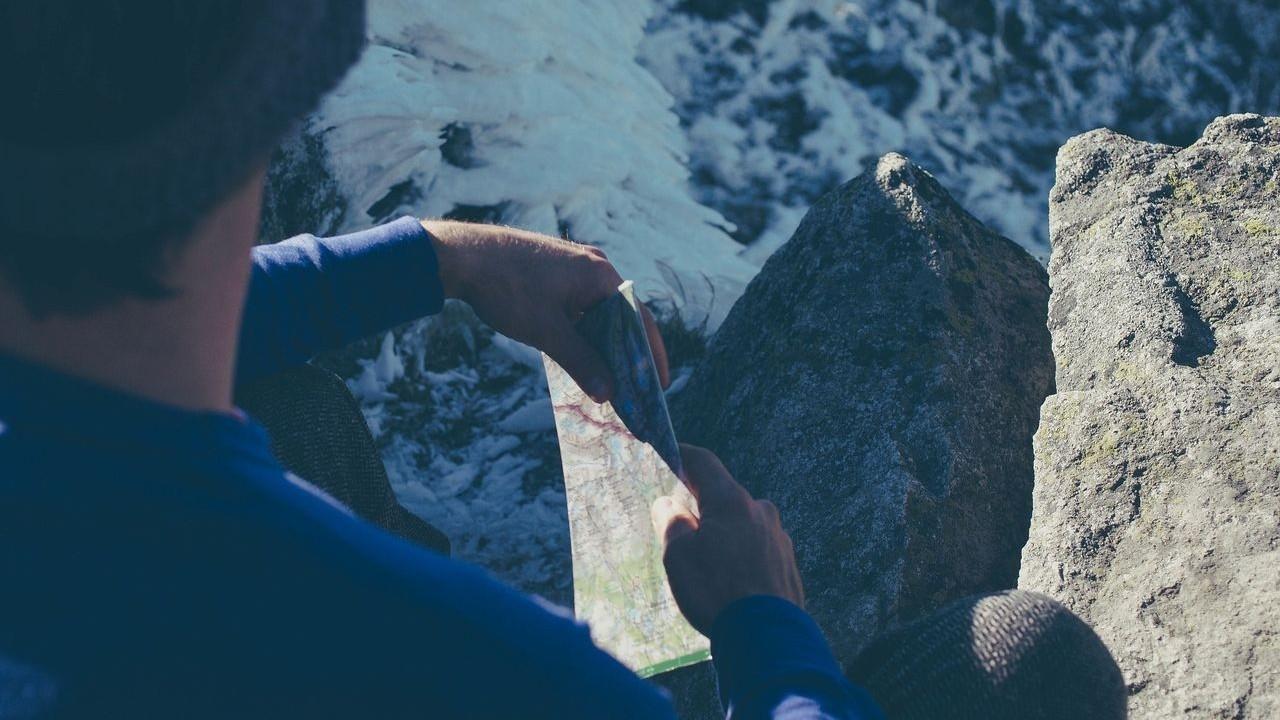 I had planned the route the night before using the Ordnance Survey website and 1:50k maps. I knew roughly where I was going - through the forests west of Lochgilphead, on the West coast of Scotland. The problem with mountain biking through forests is that it is difficult, almost impossible in fact, to navigate while riding, without regular stops.

I had been caught out the previous day, ending up in deep water-logged tracks caused by 4x4s so this time I was more prepared having studied the aerial photography on the OS website to make sure I didn’t have to abandon another route!

The weather was overcast and calm, just perfect for 30km on logging trails!

Halfway along my planned route I stopped at the top of a long downhill section to plan my descent. I knew that there would be a track to the right at the bottom of the hill that would cross a small stream, which I would follow back up on the other side of the hill. As I raced down to the bottom of the main logging track, I did see a small track go off to the right but it didn’t look big enough for what I was looking for. I continued for another 300 metres or so until a small loch appeared on the right. I immediately knew I had gone too far!

I fired up the OS app on my phone and realised that the track I had dismissed was indeed the correct one. Back tracking I started down the correct track.

After around 400 metres, I came across a ford, which looked pretty deep; I hadn’t expected this and it hadn’t shown up on the 1:50k map the night before. Again, I opened up the app; this time selecting the 1:25k map and lo and behold there was the ford, about 8m across!

I looked to see if I could go around – No! My only option was to go through. Turning back just wasn’t an option in the time I had; I was at the furthest point from home. I had just come down a 500 metre descent over 5km and I didn’t want to go back up that way!

I have ridden through fords before, so I knew that it would be too risky to try and pedal through this one because I didn’t know how deep it was or what the bottom was like. Crucially, I didn’t want to fall over as my phone wasn’t waterproof!

I knew my choice to wade through was the right one as the cold, filthy water, bubbling with the stench of rotting vegetation, rose up and up to the top tube of the mountain bike.

Once through, I paused to unpick the weed and other detritus from the bike before getting back on and continuing my journey back to the cottage we were staying in. This part of the journey was most enjoyable, almost no-one around and some awesome scenery!

Reflecting on the event, I know that the skills I’ve developed over my years in military aviation, high-risk diving teams and other similar hazardous environments were automatically applied here and my ability to adapt those skills from those dangerous domains and apply them to another, perhaps more mundane one is key.

“The map is not the territory” comes from a blog on Farnham Street and the concept immediately came to mind as I walked out the other side of the ford; just because the map showed a route suitable for 4x4s, it didn’t mean it was suitable for a mountain bike!

The above might all appear to be common sense. However, ‘common sense’ comes from experience built up over time. If we stop and look at how we deal with uncertainty and ambiguity, we realise that we make these intuitive decisions based on what has happened in the past combined with theoretical knowledge. If you don’t have that experience or knowledge, how do you

Furthermore, if you have external pressures to meet goals or limitations outside of your immediate control, then you will do the best you can given the tools/knowledge you have at the time.

So the next time something doesn’t go to plan, don’t just look at the outcome and those involved, but spend some time to look at how close the map matched the territory and see how you can improve the awareness and decision-making within your team or organisation.

For that, I would heartily recommend reading Ivan Pupudily’s Learning Review conference paper.