From the very first day my parents set up their business, Paradigm Human Performance, they were determined that they wanted to somehow make a global contribution. To give back to society in a way that reflected the growing success of their business and so they decided to set up the Paradigm Human Performance Trust so that they could donate some of their annual profits to good causes.

To reinforce this, one of their high-level business objectives is "Pay it forward - We share our good fortune with others by supporting good causes that are close to our hearts."

One of these causes is Plastic Oceans and in this blog, which my parents have asked me to write, I will be explaining why I am so proud that our family business is supporting such a deserving cause and why it is so important to me personally.

Eight million tons of plastic is dumped into our oceans every year, that weight is equal to roughly 5.3 million cars.

The Damage this is causing the environment is catastrophic, and if humanity doesn't act, it will only get worse.

Plastic Oceans is one of many charities dedicated to educating people on the dangers of plastics when incorrectly disposed of.

One of the things Paradigm Human Performance works to address in their clients' businesses is 'latent errors' and 'latent organisational weaknesses', collectively known as 'latent conditions'.

In very simple terms, these are things that have been done in the past and which at some point in the future will cause some form of pain for the organisation, such as an accident or incident.

I believe that the disposing of plastic into our oceans has resulted in a dreadful latent condition which my generation and the generations to come will have to deal with.

Plastic Oceans is a cause close to my heart. As a newly qualified diver and a lifelong ocean enthusiast, seeing the damage done by plastic waste is gut-wrenching.

Unfortunately, it can be almost impossible for most of us to see the effect we have on the oceans, without looking closer. Unlike the Amazon Rain Forest, where Deforestation is easily seen and noted, much of the damage done to our seas happens beneath the surface and passes unnoticed until it is almost too late, therefore people can be dismissive of this issue, but the Oceans are responsible for life as we know it; weather, the ozone layer, and even the air we breathe. All these things are supported by the ocean and the life within. Indeed, life itself would not be possible without them.

For these reasons it is imperative we do all we can, not just as a business or even a country but as a species, to reduce and even totally remove the plastic in our oceans.

Having taken part in many beach cleans and more specialised plastic removal from the ocean itself, I know how easy it is to get involved and play your part and to make a visible difference.

This year I travelled to Malta and took part in a plastic clean in the Marina of Valetta, as part of a group of ten divers we removed over 40kg of plastic in an hour, making a huge difference to the environment below.

Having seen the amount of waste in the bay, it has given me a better idea of how we affect the oceans and what can be done to combat this, so I will certainly be signing up to do my part again very soon and I urge you to get involved in local efforts to clean up your local beaches, rivers and streams.

As Paradigm Human Performance, which has only just celebrated its first anniversary grows into a large, forward thinking and profitable organisation I know that it will make its own significant contribution to cleaning up our Oceans for future generations so any businesses who work, engage or partner with them will also be playing their part in this success story. 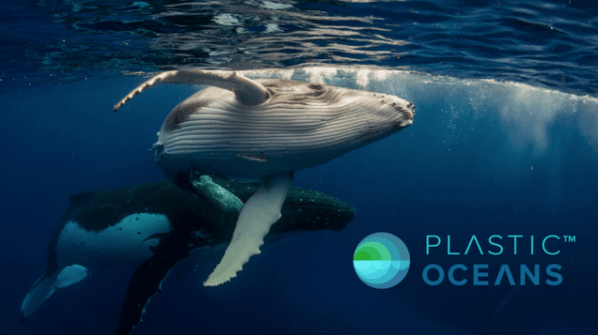